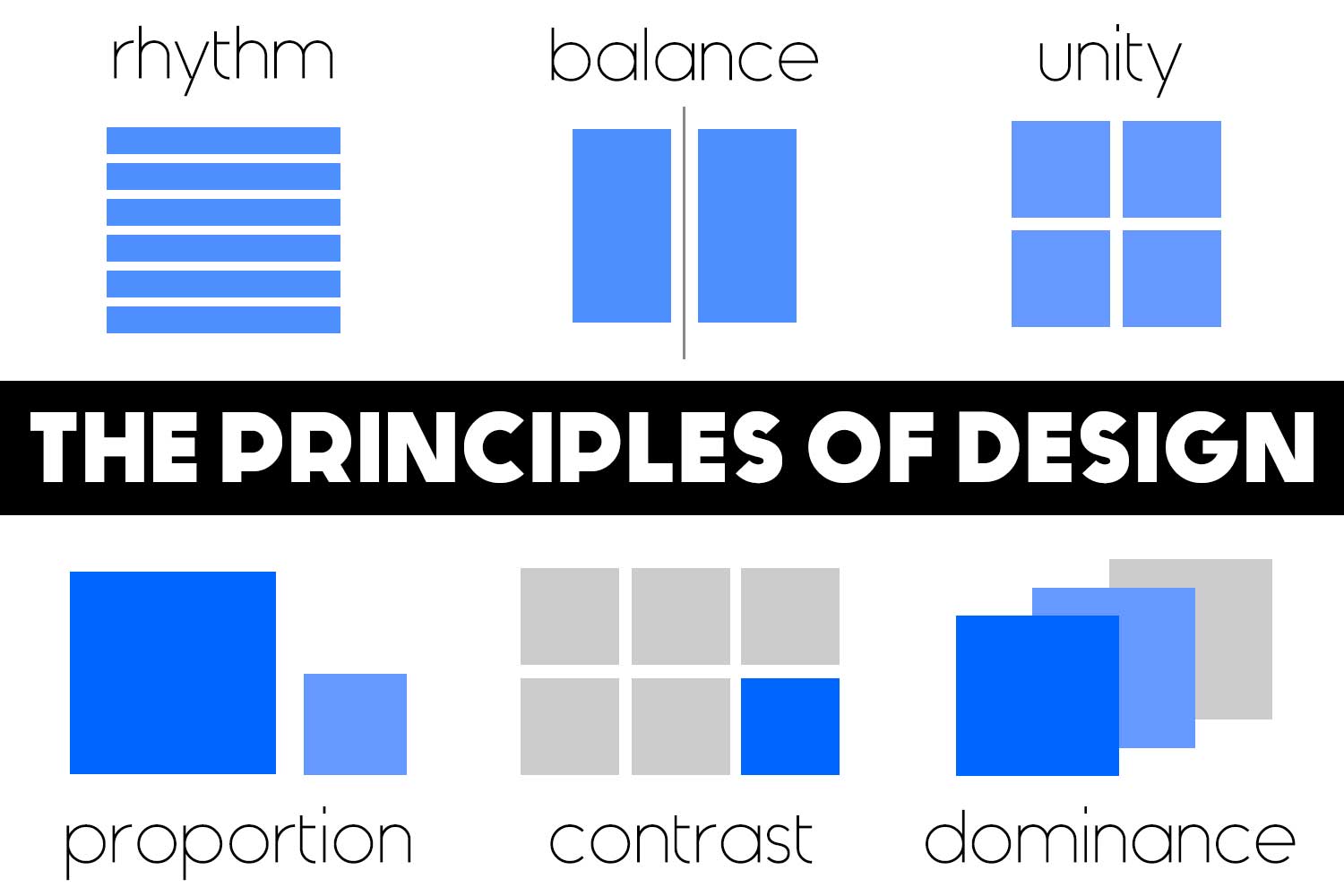 Balance refers to the arrangement of the artwork in a way that does not allow any one element to overpower another.  Large areas are not left blank without an equally full area to balance the piece.  Work can be asymmetrical and still remain balanced.

Unity refers to how well one element functions with the remaining elements.  A painting of a freshwater fish tank would appear divided were it to include elements seen in a saltwater fish tank.

Contrast refers to the use of conflicting elements or colors while still remaining harmonious and unified when the artwork is viewed as a whole.

Variety pertains to the different types of elements used in a piece–for example, small and large elements, as well as black and white elements.

The path the eye follows when viewing a piece of art, or the elements in a work that create movement.  An obvious example would be the lines that appear around Charlie Brown when he kicks at the football only to have Lucy pull it away.

Harmony in a design refers to the use of similar or consistent elements, for example, white font being used in conjunction with a photo of a humpback whale, which has splashes of white on its tail.

Sometimes called “scale,” this principle refers to the size of elements in a design.  In the film “Beauty and the Beast,” to highlight the ferocity of the Beast, he was drawn much taller and stockier than the other characters.

Rhythm is more readily noticed when it incorporates patterns, but the general definition is the repetition of elements or the use of lines to give the impression of energy or activity.